What can the Healthcare Industry learn from Apple?

How Apple and healthcare can be compared?

I have an iPhone and I had a problem with my phone, probably the sensor in the camera. I couldn’t make any video or taking pictures. That is a problem for us, because as you can see our CEO João is always sharing videos and pictures.

Venture funding for Digital Health startups keeps breaking records and the interest in the market keeps growing. However, the need for digital health solutions and the funding also comes with a blind spot. Many startups display that their products reduce healthcare cost, increase revenue and provide better and personalized care to the customers.
END_OF_DOCUMENT_TOKEN_TO_BE_REPLACED
0

Is Your Phone Your New GP? Say Hello To Your AI Doctor

Say Hello To Your AI Doctor. Technology has been moving fast, realizing dreams from virtual reality glasses to self-driving cars. Health technology however is a different story. Where humans have always dreamed big, fantasizing about better, longer-lasting bodies and more effective and less expensive healthcare, technology has lagged behind. END_OF_DOCUMENT_TOKEN_TO_BE_REPLACED
0

An Interview with Joao Bocas – Healthcare Wearables: What are the Risks?

How can stakeholders harness the potential of healthcare wearables to revolutionise the care continuum while successfully navigating legislative and technical risks? HealthManagement.org spoke to Global Top 100 Digital Health Influencer, João Bocas for his insights. END_OF_DOCUMENT_TOKEN_TO_BE_REPLACED
0

Last week was the third edition of Smart Summit London. Smart Summit London is Europe’s leading IoT and connected living event. The conference attracts attendees from all over the world from diverse fields. From government to smart home OEMs as well as telecom operators, healthcare organizations, insurance or semiconductor companies. END_OF_DOCUMENT_TOKEN_TO_BE_REPLACED
0

How can Wearable Technology bring value to the Fitness Industry?

Fitness Providers are constantly looking for engaging strategies in order to innovate in their businesses, and many gyms are focused on Wearable technologies. This serves the purpose of acquiring and retaining members. Wearables can be agame changer for improving upon that experience. END_OF_DOCUMENT_TOKEN_TO_BE_REPLACED
0

The Future Of Healthcare And Its Many Challenges

“There is no turning around it. The ubiquity of wireless technology and the strong need to transform healthcare will most certainly intersect!” -(pwc). About 10 years ago mHealth conferences were no more than a few people occasionally meeting in jeans. Now it is seen as the biggest technological breakthrough in healthcare which has the END_OF_DOCUMENT_TOKEN_TO_BE_REPLACED
0

Unlike clinical issues, inefficiency and waste are often overlooked because it’s complicated and “unsexy”. These operational issues however could be the biggest lever for fixing healthcare, decreasing its cost and enhancing the patient experience. But…. Tackling these issues is difficult. END_OF_DOCUMENT_TOKEN_TO_BE_REPLACED
0

The Most Surprising Wearable Trend 2017

The movement within the wearable market is very clear. Demand makes that wearables are becoming less expensive and increasingly commoditized. Just better sensors is now no longer enough. Wearables need to be smarter and more useful. They need to analyse multiple data at once, or so to say, be more holistic. To do so, many wearable makers all over the world are focusing on AI-powered devices. However, there are still few areas where wearables (and its sensors) can have a differentiating impact for both the consumer and the clinical world. One surprising area, which can have this differentiating impact, is the area of sweat monitoring. 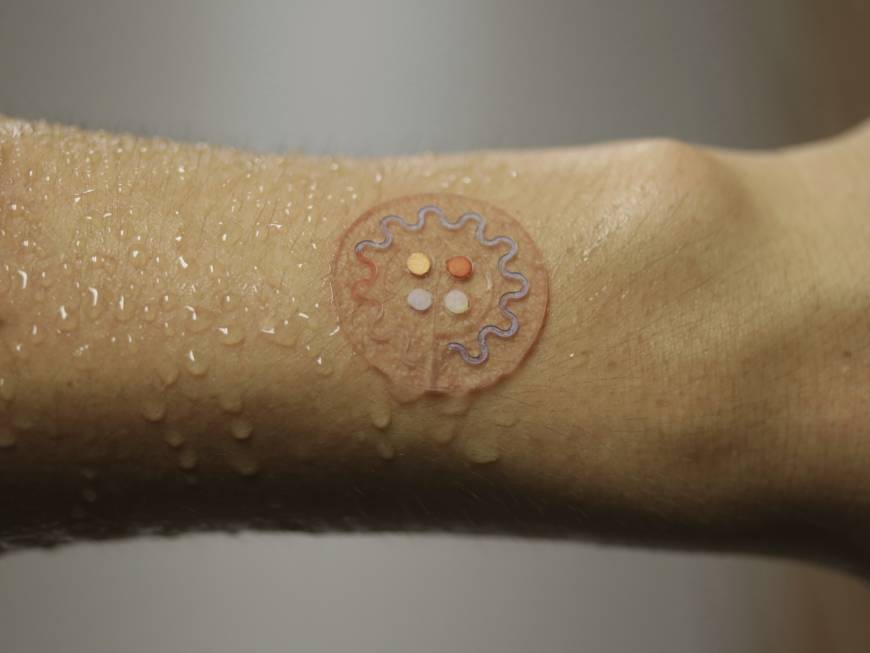 Developing under the radar, sweat sensors have matured rapidly and are attracting increased investments as these technologies move quickly from lab to commercialization. Whispers on social media about the impact of these sensors are valid. As we see it, sweat is the future blood. Sweat gives access to a broad range of data. It can measure: And you don’t even have to prick your finger for measuring!! “Kenzen, a developer of a next-generation wearables platform that continuously monitors, predicts and prevents avoidable health conditions using non-invasive sweat analysis has raised $5 million in funding. Kenzen’s ECHO smart wearable patch continuously uses non-invasive sweat analysis to measure vital signs and motion sensors to predict and prevent avoidable injuries and illness. ECHO only needs the smallest micro-bead to perform an analysis of key biomarkers. Beyond water, this concentration includes electrolytes like sodium, metabolites, glucose, various molecules and proteins.” – (Jasmine Pennic, 06/05/2017)

With this data we could completely change the way we diagnose and monitor health. It could optimize performance, prevent injuries from happening (by giving an alert when sodium levels are too low for example), give early notification before we get sick and with that save billions of dollars in healthcare. Some would say, the reason for health wearables to be here in the first place. Therefore, experts believe that sweat sensors could take health wearables to the next level. Well.. Only time will tell. The wearables have certainly come a long way since early innovations appeared in the market 10 years ago. We can witness powerful capabilities and multifunctional features, these articles are a reflection of that. A reduction in size, increased capabilities, enrichment in data sets and implantable techniques using sensors, are increasingly exploited.   Articles Used: The Most Surprising Wearable Trend Q2 2017 Sweat Is The New Blood: Why Sweat Analysis Is The Next Gen Of Wearable Diagnostics.