There are actually many wellness and monitoring devices on the market now that can be worn, like Fitbits for example. As it stands, these devices aren’t actually used in a medical environment in a large capacity despite being in an industry that’s forecast to reach 126.1 million units by the year 2019. Instead of being prescribed, they’re recommended. People are supposed to wear them as a benefit to their wellness, but the wellness and medical industries are incredibly different.

Another difference is that devices like Jawbones aren’t being used in an “illness driven” fashion. They’re marketing to get healthy and lose weight, but the advertising tends to lean towards a message that’s about exercising to look good instead of to prevent illness and medical issues. In a way, this marketing decision makes sense – as of right now, none of these devices are actually medical devices and have not been tested in a way that allows them to be considered true medical equipment. 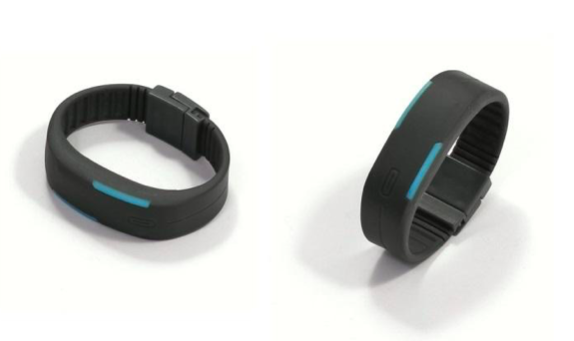 For instance, Fitbit is actually being sued right now. Why? Litigants are trying to prove that the device doesn’t accurately monitor a person’s heart rate, which is one of the device’s main draws. In reality the device uses LED lights that measure blood volume, which can be semi-related to a person’s heart rate. However, these two readings aren’t entirely synonymous, which can be a big problem if Fitbit tries to enter the true medical device field.

How Devices Can Work In Medical Fields

Despite these issues, there are some stunning examples of research being done in the field of wearable devices that can be used in a medical environment. An app in development from both Bath University and Ki Health Innovations aims to support the link between exercise and being healthy by using medically approved body sensors. These sensors capture important data about a body’s performance and relay it to the app after being run through algorithms.

In this example, and many others, there’s something you should note. While the object of the creation of these devices is to make them wearable and mobile, the most important component is their capability to accurately assess a patient and provide data that they can use. A Fitbit is 100% mobile, but it cannot accurately provide health data which is why it can’t be classified as a medical device.

Another key component is the ability to save this data for further research and reference. To provide a better patient outcome in the long-run, the data should be able to form a part of a patient’s EHR, or Electronic Health Record. As it stands, most medical record keeping software isn’t fit to take information from mobile devices which can require a complete overhaul of digital health systems.

Before we can begin to start changing the medical industry, we have to start changing the culture surrounding it. Doctors and digital health professionals must always be open to change in their field of practice, but the culture of medicine isn’t yet opening up to these kinds of data overhauls and integrating more high-end tech like mobile devices.

Gathering data from multiple sources will better serve patients, but it requires a lot of work. There are a lot of questions about security and governance surrounding mobile device development. Many believe that there are more pressing medical fields of study to focus on instead of mobile device development, but there are definitely reasons to focus on this field in order to better the lives of patients.

One way to help support change is to get patients involved themselves. Patients can use a wearable device for research can reduce their medical bill in the United States. In the United Kingdom, patients don’t have similar incentives just yet. It’s believed that the more incentives that are provided, the more we increase a positive culture for mobile device use – among patients and digital health & medical professionals.