About 50% of people who develop heart failure die within 5 years from the time of diagnosis. In 2009, it was studied that 1 in 9 deaths included heart failure as a contributor. For example, today, about 5.7 million adults in the US alone suffer from heart failure. And heart failure has cost that nation an estimated $30.7 billion every year. Each year, heart failure is responsible for 1 million hospitalizations in US. 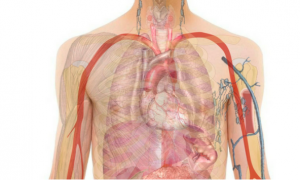 At the recent American Heart Association annual meeting in New Orleans (US), professor of medicine at Penn State College of Medicine, John Boehmer presented findings that adding a system of sensors to defibrillator implants may make it possible to predict the event of heart failure, potentially detecting it more than a month before they happen. A defibrillator is a battery-operated device that delivers an electric shock in the event that the patient’s heart stops beating.

In the course of a year, 900 patients who had suffered heart failure had researchers upload software to each patient’s implanted defibrillator. The uploaded software by HeartLogic™ Heart Failure Diagnostic Service monitors the patient’s heart rate, activity, electrical activities, and most importantly, it acted as a sensor predicting impending heart failure.

During the period of study, 70 percent of heart failure events was detected by the suite of sensors. In most cases, the events were detected more than a month before the occurrence. The results far exceeded the researchers’ goal of reaching 40 percent detection while the false positives were well within acceptable range.

“The primary endpoints were exceeded and demonstrated that this algorithm, which mimics the activity and analysis of a clinician by combining multiple measurements evaluating different aspects of heart physiology, is a strong predictor of heart failure events,” said John P. Boehmer, M.D., principal investigator and medical director of the Heart Failure Program at The Pennsylvania State University College of Medicine and The Penn State Hershey Medical Center.

“The study illustrates compelling performance of the HeartLogic algorithm for the detection of worsening heart failure and lays the foundation for future studies of the alert in clinical practice.”

“This is a new and clinically valuable measure of worsening heart failure, and it combines a number of measures of the physiology and heart failure, much like a doctor will look at a patient,” Boehmer says. “Doctors look at all their signs and symptoms, get some tests, and put it all together and make a decision about how well or ill the patient is. HeartLogic does it similarly.”

“It integrates a number of measurements of what’s going on with the patient, including breathing, activity, and heart sounds, and puts that all together to give us an index that we believe is both sensitive and specific for heart failure.”

Currently, the HeartLogic Heart Failure Diagnostic Service is not available to consumers or for sale. However, it doesn’t seem improbable that this wearable technology will someday be accessible to the digital health market considering the rate at which wearable technology and implantable are being produced and studied for consumer applications.