To most of us, Virtual Reality was the stuff of science fiction. With all the technological advances and brands racing to outsmart each other, we all knew it was only a matter of time before Virtual Reality became the game-changer; literally. Soon enough, consumers were introduced to the Samsung’s GearVR, Google Cardboard, Oculus Rift and HTC Vive; revolutionizing the gaming experience.

Most commonly associated with gaming and entertainment, VR has become much more than just a video game enhancement. Today, the healthcare industry continues to define innovative applications for virtual reality that are literal lifesavers. 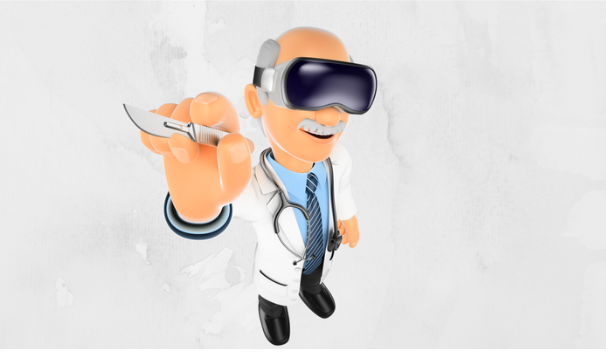 Here are 5 ground-breaking examples of how VR technology used in healthcare techniques and training is changing lives:

The Swiss start-up, MindMaze, is already using VR for imaging and continuous monitoring of the brain. The technology aims to help patients recovering from brain injuries due to stroke and Parkinson’s disease who find themselves losing balance or control.

The patient wears the MindMotionPro vest which has active markers that are picked up by highly accurate motion sensors, creating a digital avatar displayed to the patient. VR stroke therapy, when used early in the recovery process, tricks the patient’s brain to use a damaged limb and aids patient rehabilitation.

Those who suffer from Post Traumatic Stress Disorder, particularly in military veterans returning from duty can also benefit in the way digital health has integrated VR in treatments.

With VR technology like HTC Vive or Oculus Rift, people living with PTSD immerse in realistic scenes that may trigger their fears. The patient is exposed to what causes their anxiety and forced to confront them. Clinicians can then guide the patient on how to cope.

3. VR to help reduce pain in burn patients with SnowWorld

A virtual environment has been developed by the Harborview Burn Center and The University of Washington HITLab to distract burn patients during the redressing of their wounds and other hospital procedures.

With the VR technology of SnowWorld, patients divert from the pain by focusing on hurling snowballs at wooly mammoths, snowmen and penguins while flying through an icy 3D canyon and falling gently in the snow.

A whole operation performed by Dr. Shafi Ahmed was aired live via virtual reality.  For over 3 hours, professional medical trainees watched as Dr. Ahmed performed a surgery that removed cancerous tissue from the patient’s bowel.

This training technique cuts the costs of having medical professionals witness the operation themselves. With VR, the trainees and whoever was watching got a first-hand view of the entire surgery.

Baby Teegan was born with half her heart and only one lung. The doctors at Nicklaus Children’s Hospital in Miami used an app called Sketchfab to map out Baby Teegan’s heart to create a virtual reality model viewable on Google Cardboard.

Thanks to virtual reality, the doctors were able to view her heart from every angle, analyzing its position in relation to her other organs and rib cage. With a 360-degree virtual map and 3D model of her heart, the surgery to reroute Baby Teegan’s one ventricle was performed without surprises.

Virtual Reality saved Baby Teegan’s life, and she is well on her way to making a full recovery.

–  How Wearables Can Quickly Become A Doctor’s Best Friend

–  The IoT Revolution In Healthcare