2016 was a year for significant technological breakthroughs that transformed the way we live, work, and play. Virtual reality was finally within our grasp. People and devices were connected to each other and our environments more than ever. And automation changed the way we worked. 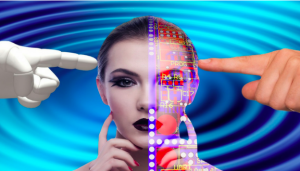 So what do we expect in the new year? Here are our top tech trends for 2017 that we’re keeping our eyes on:

IoT in the workplace

In 2016, technology like Nest allowed us to change the environment in our homes through smart devices we could control remotely.

It is expected that 2017 that these IoT devices will go beyond the home and into the workplace in the form of sensors, software, and other technology that is interconnected. This will guarantee that the workplace environment is running efficiently while also cutting on costs through intelligent devices that will automatically “sleep” when not in use. These smart devices will “speak” to one another ensuring optimal efficiency while keeping track of not just office equipment but also its workforce through location services.

The rise of chatbots

As LiveWorld chairman and CEO Peter Friedman predicts, “In 2017, brands will strategically and seamlessly integrate humans into chatbot interactions to scale and advance the effectiveness of their chatbot programs.”

Mike Roberts, head of Messenger at Kik said, “It’s more of a cultural shift. Users are now so used to chatting with their friends via SMS and messengers that they feel comfortable with that same interface delivering an app experience.”

“Bots make people’s lives easier, but are not designed to replace people,” said Roberts. “If you’re at a baseball stadium in your seat and want food, you’d have to either leave your seat or yell at one of the vendors if they’re near your section by chance. If the stadium had a bot, you could just chat with that bot inside the Kik app to request what you’d like and pay for it as well without ever having to risk leaving your seat — the vendor sees that you’ve ordered and paid for your food, at which point he or she will deliver.”

With the rise of IoT in the workplace, the need for heightened security measures to protect Internet of Things devices has become a concern.

Cisco head of strategy, Macario Namie, recently told TechRepublic, “As IoT continues to expand beyond businesses and into the realm of smart cities and connected government programs, the requirement for watertight security will continue to rise. 2017 will be the year where we see policy makers and governments step in to mandate IoT security guidelines across industries. In fact, the U.S. Department of Homeland Security just issued its Strategic Principles for Securing the Internet of Things (IoT) document in November.”

2017 will be a big year for virtual and augmented reality. With big-name hardware already hitting the market last year, expect an increase in momentum. With the current hardware still being connected by wires, look forward to the transition to Bluetooth technology and the introduction to wireless VR tech.

Merchants are not far from introducing a full shopping experience via virtual reality with the ability to shop for everything from clothes to cars, and real estate. And Apple will finally make an Augmented Reality SDK accessible to developers which is likely to be just an introduction to more powerful iOS AR apps to be released later in the year.

IoT in Healthcare is Getting Hot: What Are The Prospects?