The video game industry is no doubt the market leader in augmented and virtual reality technologies with investors eager to participate with over $1.1 billion in just the first quarter of 2016.

However, the video gaming and entertainment sector aren’t the only industries who are benefiting from advancements in virtual reality. Based on a study, the healthcare and video game industries are the largest markets for VR. 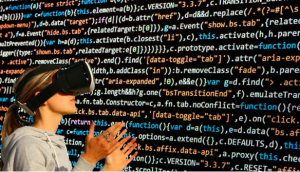 VR has become a tool to help facilitate patient care. And the technology is already being used in diagnostics, training, and the treatment of certain severe conditions.

Patients suffering from pain and mental disorders which include Post Traumatic Stress Disorder can benefit from the technology. A study by the University College London proposes that VR therapy could reduce symptoms of depression.

PsyTech has designed Phobos. It is a VR technology that will reduce phobias, paranoia and PTSD by gradually introducing patients to the object of their fear through VR simulations. Exposure of their fears is slowly ramped up until they are capable of coping without experiencing episodes of stress or fear.

The RAPAEL Smart Glove, for instance, is a biofeedback device worn by patients in stroke rehabilitation. Through sensors transmitted from the patient’s hand, difficulty levels are adjusted on the 3D training game created by the software.

VR has proved to be an excellent tool for the training and education in healthcare because it provides the most realistic experiences. Through a 3D perspective, physicians have a more accurate view of the conditions for surgery thus aiding them in the planning of the precise treatments and procedure.

Through programs such as VirtaMed, future surgeons and first responders are provided the opportunity to practice on simulators, allowing them a realistic view of the precise angles and pressure that it required of them to operate on a particular organ.

Thanks to VR and the guidance of a physical therapist, exercises can be done in the comfort of the patient’s’ home. This reduces the number of visits that the patient needs to make to have sessions with their therapist in the facility. Instead, the therapy sessions are conducted interactively and via handheld controls with trackable motion sensors.

The Future of VR in Healthcare

Innovations in technology, particularly in augmented and virtual reality are proving to have a place beyond gaming and entertainment. Evidently, healthcare will benefit from the technology significantly.

We expect that based on the positive response to the tech and the promising possibilities. We will see an increase in research, development of better software and hardware. And more success stories of how VR is undeniably an important supplemental technology in the future of healthcare.