In recent decades, the healthcare system has been burdened with a growing rate of chronic disease and aging. This doesn’t speak to just one country, either. Many countries around the world have seen this trend crop up, and thus their local healthcare systems become bogged down. One country that this trend is prevalent in is China, but a solution is potentially on the horizon.

Using China as an Example

For one, a reason that China’s healthcare system is becoming overburdened with aging patients is their population and culture system. China still has in effect their One-Child Policy that limits the birth of one child per household. This was originally enacted to help combat China’s booming population, but another symptom is the unbalanced population. The elderly population in China will reach 202 million in 2013, with the aging level reaching 14.8%, according to the China Aging Development Report (2013) released by the Chinese Academy of Social Sciences on February 27, 2013.

Combine this with the fact that China will reach a growth peak in their elderly population of 100 million by 2025. It’s also important to consider an “empty-nester” type of environment that the elderly will come to live in as their children grow older, or within families whose only child dies. This creates an environment where the elderly are essentially the population leaders with dwindling numbers capable of taking care of them outside of the healthcare system.

Now look at the facts concerning chronic disease in China. Chronic diseases have been known as the leading cause of death and disability. If aging of population and growing of population are the consideration alone, the number of cardiovascular disease among Chinese crowd aged 35 to 84 will rise more than 50% from 2002 to 2030.

This helps to create the perfect catalyst for a healthcare system on the verge of collapse. Not only will the system be burdened by the sheer volume of patients in need of help, but it will also see a future of financial ruin. 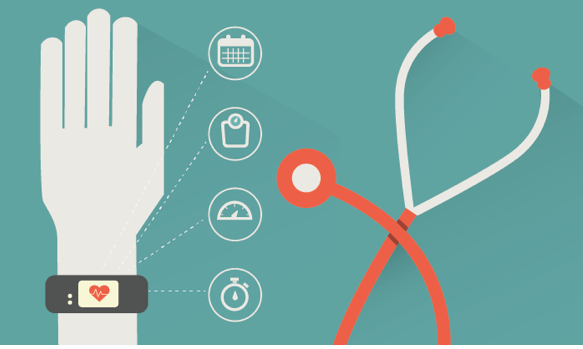 This, however, is not the case. Instead of giving in to the issues that bog down the system, China has moved to change the care being given in order to better suit the individuals that need treatment and to help better the system so that it doesn’t fail. This means they’re moving away from the idea that treatment must include hospitalisation, diagnosis and treatment while inside a facility. Instead, the Chinese healthcare system is moving towards a plan that both treats an individual on a personal level while simultaneously involving families and communities in the process.

One way this is changing is through wearable medical devices. This technology is now seen as a feasible way to monitor patients in an environment they are comfortable with while still maintaining an eye on their vitals on condition. These devices are non-invasive, but still monitor a patient’s health status. These devices also alert both a patient and a physician to any risks occur.

This is just considering China as an example, however. These personalised devices can easily be implemented in other countries with healthcare systems in any state of disarray and better them through personalized treatment and streamlined yet quality care.

This kind of personalized health device isn’t something completely foreign or new to the world, either. Items like the Nike FuelBand and Fitbit are devices that fall into a similar concept of personalized health monitoring, but instead the purpose usually isn’t so dire. Thanks to these breakthroughs in technology, we’re now seeing this idea being put forth in the world of diagnostic medicine.

One issue faced by the Chinese healthcare system was the potential inability to properly monitor long-term care in patients when a vast majority of the population would be put in a similar, unhealthy position. This means putting millions of elderly and sick citizens in a hospital in order to monitor their health, but wearable multifunction physiological monitoring devices have changed that.

These practical devices are numerous and can be “worn” in a variety of ways. Some attach to the head, while others wrap around the chest. Vivometrics has developed one wearable system called LifeShirt, which is very practical and easy to wear under average clothing. It’s lightweight, comfortable and contains embedded sensors that deliver a variety of vital information, including ECG, Dual Band Respiratory Inductance Plethysmography (RIP), EEG, EMG, Blood pressure (BP), and so on.

They don’t stop there, either. These devices can detect mood fluctuation based on core body temperature and other activity information. This can help monitor a patient’s pain level, their physical condition and current stressors. Other devices in this category include Respironics’s VitalSense, Zephyr’s BioHarness 3 and Hidalgo’s Equivital LifeMonitor EQ02. All devices include different technologies, monitoring systems and capabilities but still function in a similar way.

–  Wearables in the Workplace